Root for the Home Teams

In Rhode Island, baseball season has always meant the Red Sox – both Boston and Pawtucket. But recently, the success of two summer collegiate teams has opened a new frontier in the state’s long history with the national pastime.

For the past two decades, once final exams are taken and caps and gowns stowed away, college players seeking a ticket to the major leagues have come to Rhode Island to join in one of most elite training grounds in amateur baseball — the New England Collegiate Baseball League.

All summer, the 13 teams that make up the NECBL play before crowds and scouts interested in a peek at the faces that may be gracing tomorrow’s trading cards. For Rhode Islanders, that means a trip to the Newport Gulls or the Ocean State Waves, two teams that, like their home state, play an outsized role in the competition.

Rhode Islanders unfamiliar with the local NECBL presence may still recognize Cardines Field in downtown Newport, the home of the Gulls. A stone’s throw from Goat Island, the distinctive stadium is known for its jagged homerun wall and as the best place to watch summer collegiate baseball in the country.

One of the oldest ballparks in America, Cardines boasts about 3,000 seats. And on the cool summer nights in Newport, when the lights turn on and the families turn out, almost every one is filled.

The squad’s record as the winningest team in the NECBL certainly helps, as does the in-house bar, but there’s no question that a night at Cardines has grown to define collegiate summer ball at its best.

Chuck Paiva, owner and General Manager of the Gulls for nearly two decades, who led the team’s migration across the Bay from its original home in Cranston, has leveraged the team’s local celebrity to establish the Gulls as one of the most dominant teams in national collegiate baseball.

Those are the types of stats that get noticed – not only by fans but by the big leagues as well.

“The players come here to get better. They’re here to hone their skills, and quite frankly they’re here to prepare for the draft,” said Paiva. “Summer wood bat leagues exist because these scouts want to see them hit with a wood bat.”

And based on their impressive roster of Gulls gone pro, the scouts are well aware.

More than 250 Gulls alumni have now been drafted into professional baseball, including 15 who have made it into Major League Baseball. 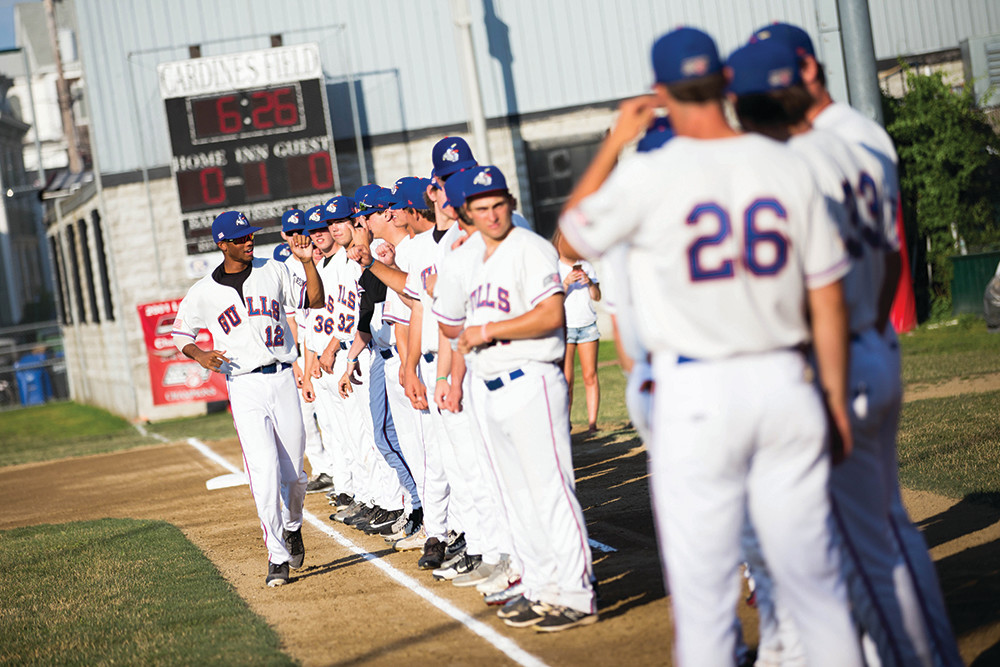 This deep bench of alumni has helped build the Gulls into a national force with a presence known far outside of RI’s narrow borders. But now, having reached the upper decks of collegiate baseball, the Gulls are facing perhaps their stiffest competition yet, and from the other side of the smallest state.

For Matt Finlayson, owner and GM of the Ocean State Waves since its founding 2013, it’s no coincidence that their team has emerged in the shadows of the dynastic Gulls.

“I’ve been in Chuck’s office all the time – since day one, he’s been a mentor to me,” said Finlayson. “He taught me how to build a roster, how to market, how to build a successful operation.”

And in just the past few seasons, the Waves have already assembled a set of worthy credentials.

Last season, the team tallied the best regular-season record in the NECBL and earned its first berth in the division championships before falling to the Valley Blue Sox in a 2-0 series.

About 38 percent of players who have spent a season with the Waves have been drafted into the major leagues, totaling about 30 overall.

And the offseason has already yielded a major victory for the franchise, as word came down in late April that Mike Gerber – of the 2013 Waves — would be the first former alum to step foot on an MLB diamond.

With such a rapid accession to the heights of the NECBL, it may be fair to wonder whether the Waves have truly built a solid enough foundation on which to compete over the long term. 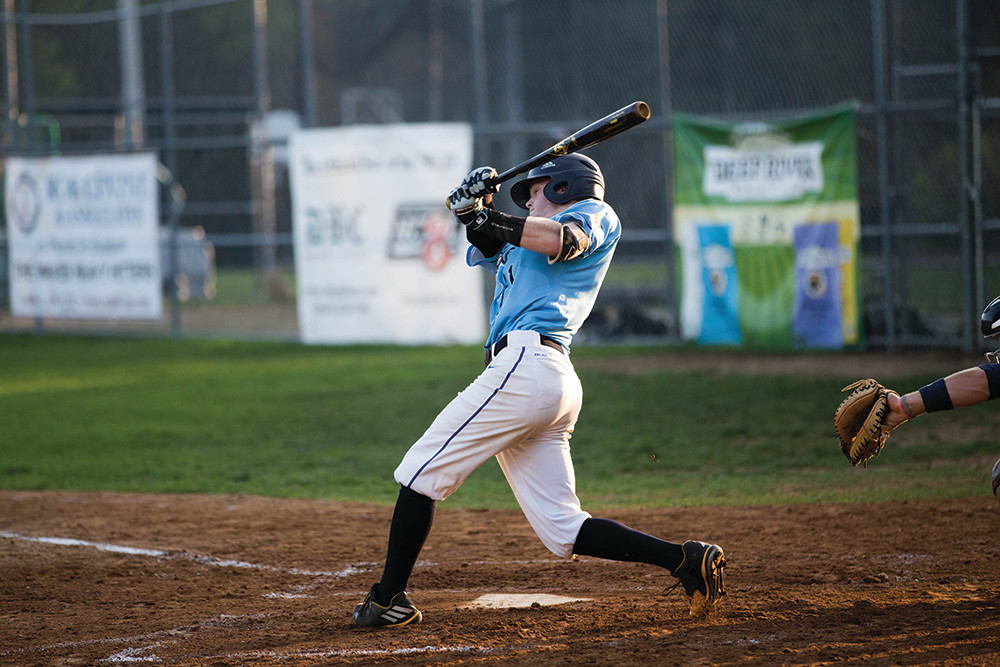 However, the legions of fans and supporters who have rallied to games at Old Mountain Field in South Kingstown don’t doubt that the team has achieved something special.

Chris Hess, a former Ocean State Wave and URI ballplayer who grew up in South County, remembers watching Waves games while still in high school. Now, having been drafted by the New York Yankees organization and in his first season on the minor league Charlestown RiverDogs, he recalls how his summer with the Waves prepared him for the big leagues.

“The league’s really good. It lets you build your confidence, and if you played well, you can get scouted,” Hess said.

Melissa Perry, a baseball mom who learned about the Waves through the South Kingstown Little League listserv, quickly found herself hosting a player in her home for the summer — then every summer after that.

After the first year, she was elevated to Host Family Coordinator for the entire team, working to place each member of the incoming Waves with a host family for the season.

Hosting a player can be hard, she says, but only when they leave at the end of the summer. “It’s like losing a member of the family.”

Ultimately, far from dividing the state, the Waves and the Gulls are building a new baseball community that is bringing people together. Longtime coach of the Gulls, Mike Coombs, has been coming up from Florida every summer to coach in Newport, but he’ll be returning a little early this year for some extra special spring training.

He’s getting married and could think of no better place to tie the knot than his adopted state.

“I’ve made a lot of great memories in Newport over the years, but I’m hoping that this will be the best one yet,” he said.

As another summer of NECBL baseball gets underway this month, fans have good reason to suspect that this season will also be unforgettable. For Rhode Islanders, the only difficulty will be figuring out which of the two local powerhouses is the home team.

Our Seaport Sunset is Perfect for Summer Sipping

Cut Your Own Lavender (and More!) at This Wakefield Farm